skip to main | skip to sidebar

Stick to the T on your child custody papers
If you have read any of my articles or visit my web site you now that I only speak of things that I have been threw in my child custody arrangements. Or that I know of friends that had it happen to them. The best way to get knowledge of family court is hearing from real people that went threw it.
Learning from their story’s so you don’t make the same mistake. This tip I am going to tell you today you probably won’t hear any where’s else. Also a lot of people will tell you it is the wrong way to do it because they haven’t not had what I had happen to me. So I am going to tell you the story and you make up your own mind on the story.
Just in case you are new to my articles first of I will tell you a little about my self so you can get the whole info on the subject.
I am a father of 2 great daughters one is 10 and the other is 6. The youngest of my daughter’s mom we are married and doing great.
My oldest daughter mom we have been split up since she was born. I have had custody of her since she was born. The first time I went to family court for this. It was a year and half battle to get it.

The court papers
After the year and half family court battle. The custody papers came out. That I had won full custody of my daughter and my ex got to see her every other week end. When You go to family court they draw up the paper work then leave stuff up in the air by saying at the parents approval. Which I was sticking to for a long time. But as time was passing threw the years. My daughter got older and my ex started doing better.
So my daughter was starting to ask to spend more time with her mom.  So I started thinking it was not going to be a problem. Because her mom was doing better and the court said it was up to parents approval. So I was thinking I was doing the best for my daughter. Her mom was doing better and my daughter got to spend more time with her mom. So I was giving her mom more time.

Things started going bad
After about 2 years of doing this my ex started going back to her old ways again. Caring more about parting then spending more time with her daughter. Was getting in abusive relationships and putting my daughter in the middle. It started to effect my daughter school work and her emotions. She couldn’t understand why her mom was doing this to her.
So I started putting my foot back down and going back to the paper work to the T. Back to the  every other week end. My daughter was OK with it by this time because all she doing with her mom was listening to her mom and the new boyfriend fight. So she didn’t really want to spend more time their anyways.

Nothing Came out Right
When I went in to family court I found out that my old lawyer actually move to a different state. So I had to get a new one. Then the lawyer I got didn’t even care about the case he just wanted to get it done and over and on to the next. He didn’t even call none of my witnesses in. I had my daughters teachers and guidance coulsor pushing me to go back to court because it was effecting my daughter in school so bad.
That they said they would going into court for me. But my lawyer didn’t even take the time to call them. All I keep on getting told was if my ex was so bad then why was I giving her more time over the years. I always said back to them. She was getting better at being a mom and I figured in the court papers it says at the parents approval. Then she started going back to her own ways. So I stop until she straightens up again.
Then court would then inform me where was my proof she was going back to her old ways.
Which I was informing my lawyer of the proof. But he didn’t want to take the time to get.
So basically I walk out of this court room losing more time with my daughter and my ex got more time because I was giving her my time threw the years.
I couldn’t stop it. Because my lawyer wouldn’t fight for me. It took me a whole year after this to make the court realize that they made a mistake and get the paper work back the way it was the first time. 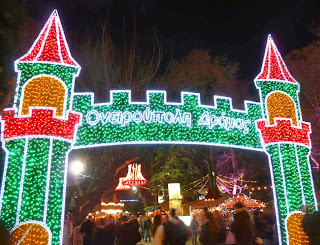